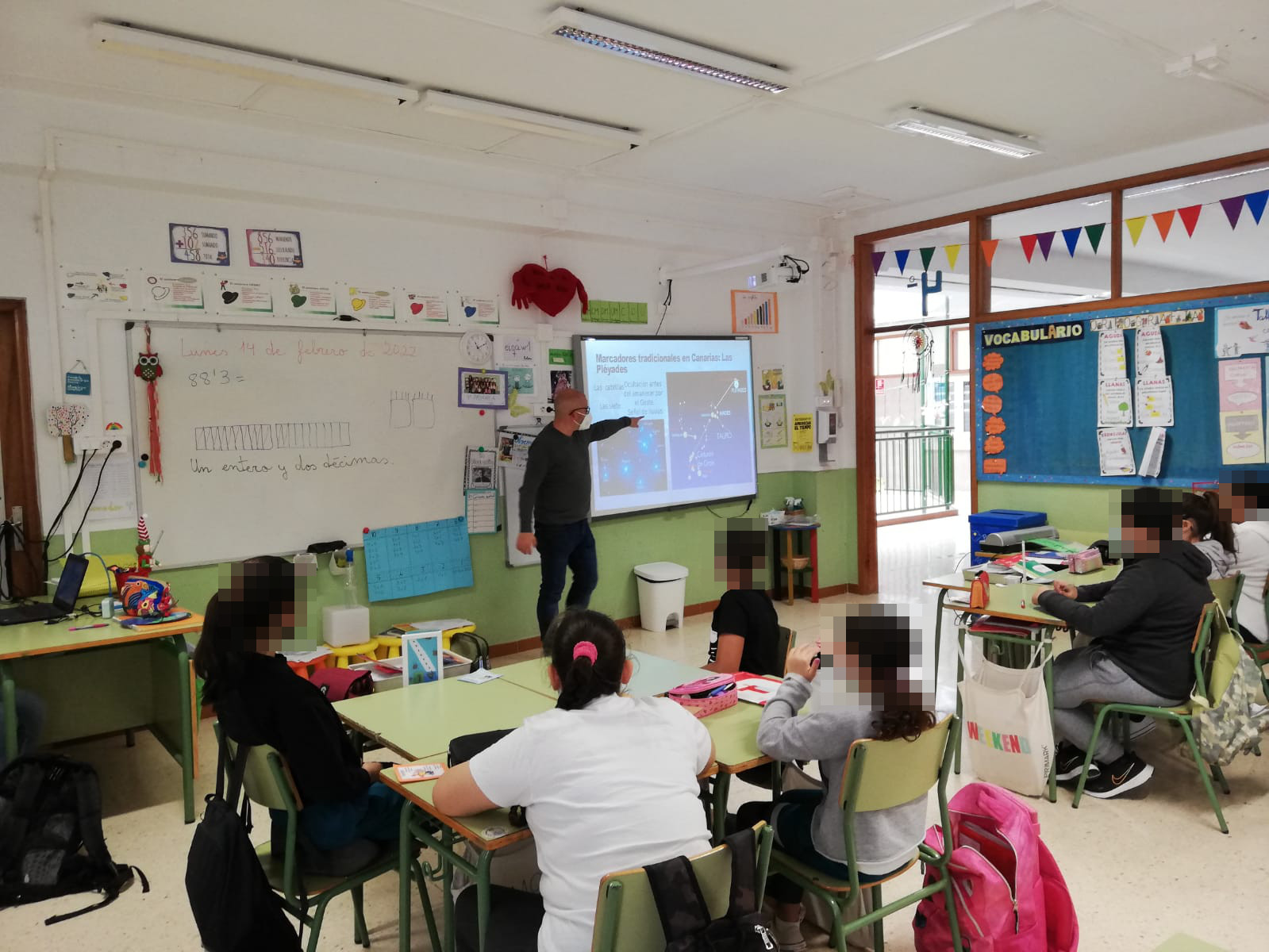 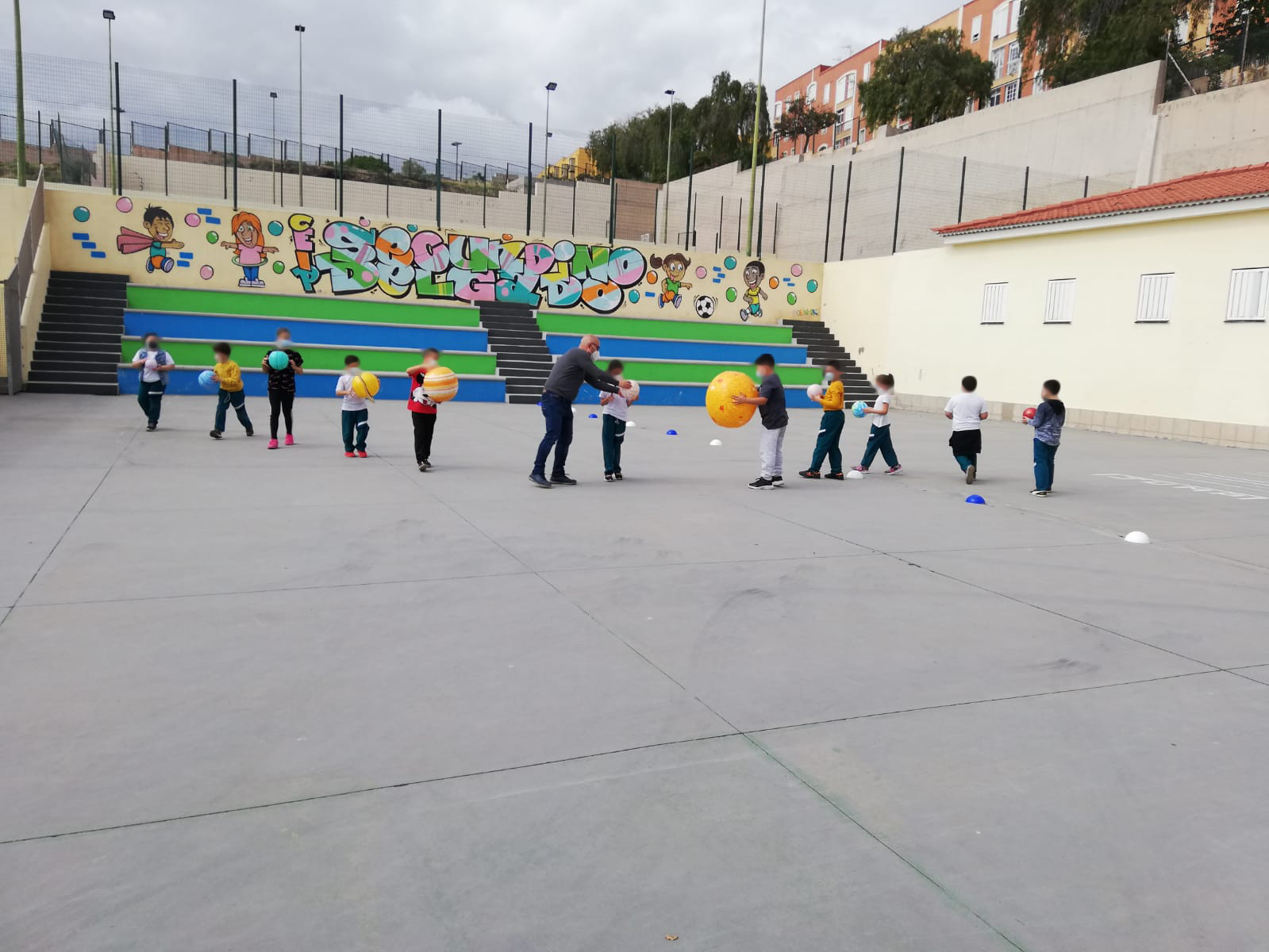 J. Garcia Rojas gave talks on Monday 14 February to 8-12 years old children in the CEIP Secundino Delgado school in Añaza, Tenerife. The talks were aimed at increasing children's interest in astronomy through a journey through the astronomical culture of the ancient Canary Islanders, starting with the aborigines, continuing with the peasant tradition of observing the skies and finally leading to the development of modern astronomical observatories in Tenerife and La Palma. On the other hand, I also developed a workshop on the Solar System for the youngest children, in which they were introduced to the concepts of rotation and translation through play.